A day in the Centre of Split?

Split is the second largest city in Croatia and the largest in Dalmatia.  Its the perfect holiday destination as from here you can do day trips to the surrounding Islands, travel inland or to the coast for adventure sports like Canyoning, Rockclimbing, or White Water Rafting.  There is also ample things to do in Split city itself some FREE and others paid.

If your looking for Day trips from Split, check out our comprehensive guide.

UNESCO listed Palace Complex including Diocletian’s Palace, St Domnius Cathedral and Bell Tower, Jupiters Temple, Mount Marjan, The Riva, Split Markets and the Olympic Walk. (Make sure you read this for the best Chevapi, Gelato and Burek in Split)

Its so easy to spend more than one day in the centre of Split. The city is nearly 2000 years old and has lots of stories to tell. Split’s most famous attraction is Diocletian’s palace, which is the heart and centre piece of Split. The Palace was built on the sea front in 300 AD but is now famous as the set of the 4th series of Game of Thrones.

The best part of Diocletian’s Palace is it is free to wander, sit and take in the majesty of this UNESCO listed site. However, to get the most out of the Palace, its walls and stories, you should do a walking tour of Split.  Make sure you stop by the Temple of Jupiter also, its the only temple that remains standing in the Palace.

The bell tower dates from the 12th century and stands high and prominent from within the old city walls.  You can climb the tower for an outstanding panoramic view over Split. The climb is rewarding although a little hair raising in places and costs around 5 Kuna.

FTM Insider Tip:  You can also get a ticket to the Cathedral and bell tower climb combined

The Church attached to the bell tower is dedicated to St Mary (the Bell tower To St Domnius),  together they are known as the the Cathedral of St Domnius (Katedrala Svetog Duje).  Originally built as the Mausoleum for Emperor Diocletian and later taken over as the Catholic Church it has a style that is different to other churches and is quite unique. It has a Treasury and a Crypt that is dedicated to St Lucy which is also accessible on the same ticket.

My home town in Adelaide has one of the best fresh food markets in the world. One of the most enjoyable things to do is spend a couple of hours strolling Splits Pazar (open air) markets. It is situated just outside of Diocletian’s Palace at the eastern or  ‘Silver’ gate, behind the Mausoleum. Wander the stalls that offer fresh flower, fruit, vegetables, meat, clothes and souvenirs.  It is busiest in the morning (opens at 6.30am), but a few stall holders will stay open late into the afternoon.

Here are some Things to do in Split – Diocletian’s Palace and Split Markets:

Locally known as Peskarija it can be found inside the old town right near some of the best coffee shops in the city.  The fish markets sell a variety of seafood. It is very popular with the locals, so if you want the best fish, get in early.  Its great to see the local interaction of buying and selling and if you get there later in the day you might grab a bargain.  Prices get reduced near closing time.

Where is Splits Fish Market?

Splits fish market is located in a small square just off Marmontova Street (Marmontova ulica). It opens early (6.00am) and closes around lunch time.

They are worth a visit especially if you have a kitchen in your accomodation. Fish is found on the menu at most restaurants in Split so buy it and cook it yourself or have it out. Just make sure you enjoy some kind of seafood while your there.  We met this cool little cat at the fish markets. Its easy to feel sorry for him but remember he does live in the best place a cat can live!

Climb up for great views of Split city and stop for ice cream or coffee at the cafe at the edge of the park or if your lucky find the donkey being walked up near the playground at the old zoo building. Marjan Hill is where Splits residents go to escape the bustle of the city, there are lots of park benches to relax and unwind in the natural surround. The incredible view from the top of is worth the climb.

Don’t just stop at the top, seek out the Mestrovic Gallery. Ivan Mestrovic created the giant sculpture found at the Golden gate and is one of the most revered Croatian sculptors and architects.

The Riva or as locals call it the Living room is the foreshore in front of the Palace. A long beautiful gleaming white thoroughfare. Locals call it the living room as they tend to prefer to meet there to spend time with family or friends rather than their own living rooms in apartments within the city.  The Riva is a great place to relax and people watch after climbing Marjan or walking along the foreshore down to the Marina.

Head along the Riva toward Split Marina. As you walk look back at the city and see the beautiful view out over the bay and the Old City of Split. Split has a huge sports culture and to commemorate this there are plaques laid into the walkway signifying all the olympic athletes that have come from Split.  There is an outstanding number of Athletes from this city.

Food Experiences – Must Have Foods in Split

Kantun Paulina Matošića ul. 1, 21000, Split, Croatia: They have been making Chevapcici for over 35 years. Just go there, you can tell – Delicious

Hajduk Icecreams, Matošića ul. 4, 21000, Split, Croatia.  This is the best Gelato in Split, but be prepared to wait in line, because its a local favourite. 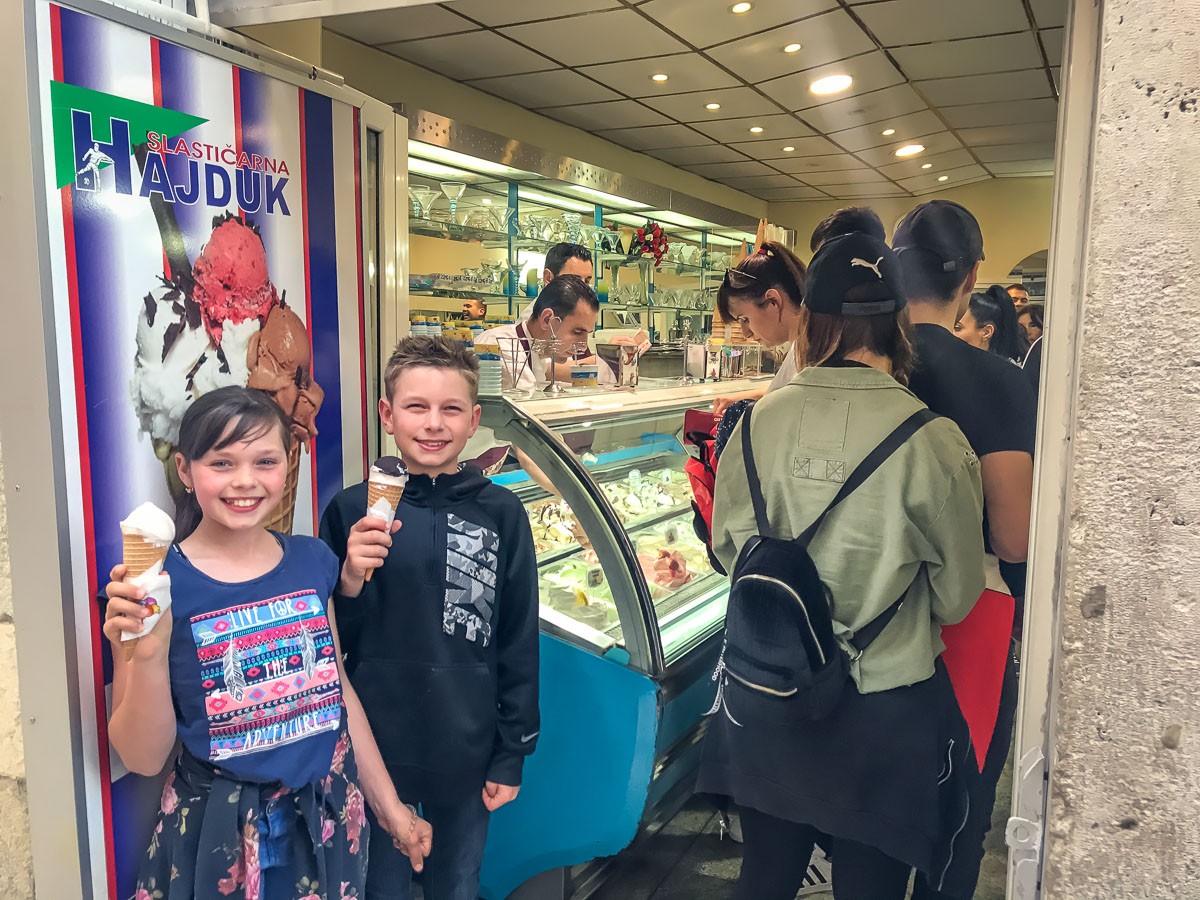 A locals guide to Split City – we did have help!

We met some great locals while we were in Split which gave us a wealth of knowledge. Who are our experts?

Croatian expats Zvonko and Linda who live half time in Canada and half in Croatia living in Solin. Professional Balkan tour guide Julio Cesar Zarnic, who is experienced in arranging personalized tours all over the Balkans. A family of 6 led by John and Amber who moved to Split 3 years ago from the US. The local team at Camping Split – Stobrec where we stayed for 4 weeks while doing our day trips from Split city. 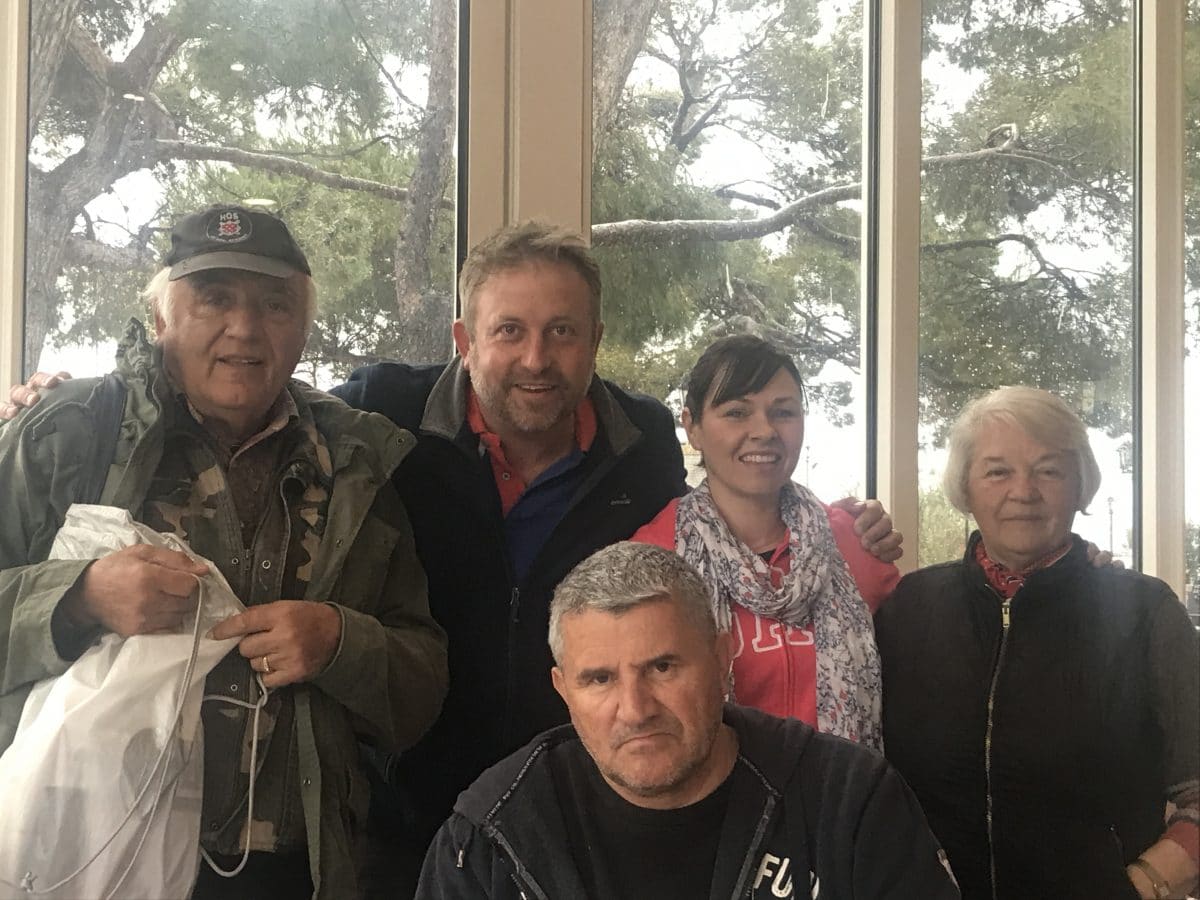 There are lots of great people in Split who are passionate about their city and the history of Croatia. 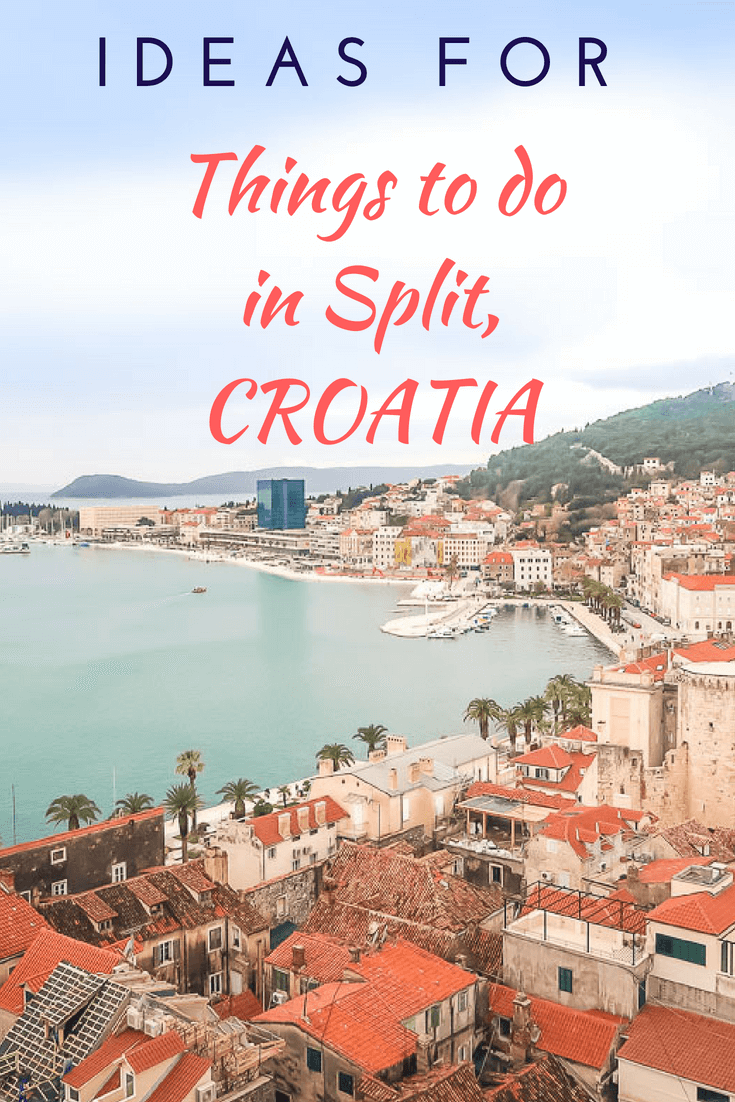 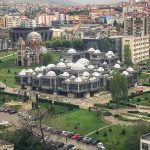 Travelling in Kosovo – Is it Safe?