We all know what a Bucket List is thanks partly to the movie with Morgan Freeman and Jack Nicholson. For those that don’t know, its a list of places you want to go and things you want to do before you die.

I have a whole list of places that I want to go on multiple continents. So here is my Giant Bucket List blog of all the places I want to go.

Most of my bucket list includes National Parks, Mountains and Wildlife as that is my passion. Cities and towns are fun and lively, but nothing compares to the awesomeness of a great mountain or the views you get from the top. That said, I also love coffee, so finding a funky coffee house in some little town is also what I love to do.

I believe that you don’t get anywhere if you don’t set goals, so this is my extensive list of the places that I want to go before I leave this world.

“Different” Things to do in Paris with Kids

A day trip to Bath

A locals Perspective on Kosovo

A long Weekend in Munich with Kids 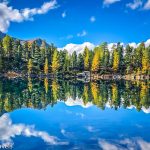 The Best Day Hikes in Europe